What is antique glasses?

What is antique glasses?

Antique glasses refer to the old-style glasses made by hand and assembled in one piece. The glasses produced by the current mechanical assembly line are not included in this list.

The glasses are imported. According to research, the earliest spectacles appeared in Italy. The first portrait of a person wearing spectacles in history was a Provence portrait made by Tommaso in Vreviso in 1352, which was equivalent to the Hongwu period of the Ming Dynasty in my country. According to data, the introduction of glasses from the West to China was in the mid-Ming Dynasty, but a large number of glasses appeared in the early Qing Dynasty, and the later Cantonese imitated them and made them with crystal stones.

The antique glasses that can be found in the market are mostly products from the 1920s and 1930s. They are characterized by exquisite materials. The use of gold as raw material is the most common. In addition to platinum (platinum), purple gold, smoky quartz, Tortoiseshell, red copper, silver, ivory, etc., from the grinding of the lenses to the “bridge” connecting the two lenses, including the temples, pattern carvings, etc., are all handmade, which is the same as the early antique clocks. Each piece is an exquisite handicraft. 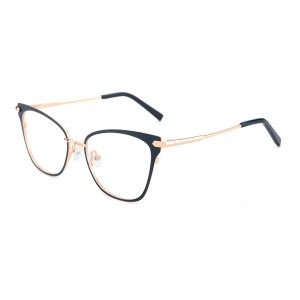